You are here: Home / Home and Health / 10 Things Children Should Know About Money

One day, from out of the blue, my daughter, an eleven-year old, asked how much money I was making from my full-time job. I wasn’t willing to share that information with her, so I told her I was making enough to fund some of our needs.

The answer proved inadequate, so wanting to get to the bottom of things, she asked again.

And because I knew she probably wasn’t going to stop asking until I gave her an answer satisfactory enough for her, I decided to just tell her straightaway, with the premise that she should not tell anyone else. Afterwards, I could practically hear the nuts and bolts creaking and churning inside her brain.

She was making mental calculations. 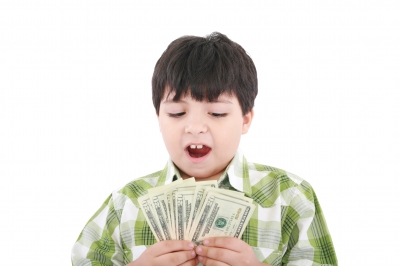 In a different scenario, my eight-year old was begging me to take him to the mall for a stroll. I told him we couldn’t because the funds remaining at the time were just enough to cover our expenses until the next budgeting cycle – next payday, that is – and the mall would have to wait until the budget was finalized.

I even said that if he really needed that stroll, we could go check out our neighbors’ porches around the village.

But he was adamant. In his young mind, he saw no reason why we couldn’t go. He argued we could simply drop by an ATM on our way to the mall and take money from there, like what he would occasionally see me do.

That made me realize he thought the ATM was one of those money machines where a person goes to insert his card, and voila, the funds magically appear.

Why parents should teach their kids about money
A lot of financial gurus insist it is imperative for us, parents, to teach our children about finances as early as possible. Parents and schools go hand in hand in educating children about money matters.

The schools can provide bigger-picture concepts like inflation, insurance, investing and other in-depth stuff, but parents have the edge over more personal and hands-on relationship with money, which in turn, would form the base for children to build sound financial philosophy on later in life.

I’ve done some research on this topic, and here are some of the major takeaways:

Children should learn early on that money is acquired through work. One way to instill that in them is to pay them an amount when they do extra chores around the house.

However, paying your child to clean his/her room or keep his/her school things and other personal stuff in order could give him/her the impression that he/she should only work when there’s money involved.

Our kids must be taught to determine what is a want from a need. Children should realize that things like food, shelter, clothing and education are the only things they would ever need to live.

But Barbie, plus Ken, plus Barbie’s fully furnished house with matching designer clothes and accessories, plus the outrageously pricey Barbie automobile?

Or perhaps we can tell them it’s okay to have one or two pens for school as long as they need them, but ten multicolored pens with glitters and all?

When a child is old enough to handle an allowance, that’s probably the best time to teach him/her how to spend on a budget.

If he/she is on a weekly allowance and decides to splurge it all in a single day and then goes to you the following day asking for more money to spend, it’s just right to firmly insist that he/she would have to wait for next week’s allowance as previously agreed upon.

The concept of saving is perhaps one of the most important lessons a child needs to have a firm grasp on early in life. This way, they get to learn how to pass up on momentary gratification – which, by the way, is a very sound financial concept – for bigger things.

Money is for spending, for saving and for giving as well, especially to the less fortunate. If you happen to pass by a fast food chain, there is, more often than not, a tin can in there where you can have your young child put in an amount for charity.

At church, when the basket is passed around for offertory, instead of you, have your child put your offering in the basket.

Now going back to the allowance story, if you insist hard enough, your child by now may have already realized the foolishness of him/her spending his/her week’s worth of pocket money in one fell swoop.

If your heart suddenly goes a-bleeding as you look at his/her slumped shoulders, you may offer to give him/her a loan, which he/she would have to pay back by deducting an amount from his/her succeeding allowances.

Remember, the key here is firmness.

Little by little, depending on the child’s age, teach him/her about money, the value of each denomination, how much a certain amount can buy, how to make change, how to compare prices – the basics literally.

And then as they grow older, explain to them how the bank works, how a bank account is funded, how interest works for and against an individual, the concept of compounded interest, bill payment, credit cards and so on.

When a child asks how much you make, don’t give him/her the cold shoulder. It’s understandable that you don’t trust your child to keep the information private as he/she may inadvertently divulge it to a playmate or classmate, but not answering questions may send them the wrong signals.

In an interview by Sarah Lorge Butler, a CBS Family Finance contributor, with Dr. Brad Klontz, a clinical psychologist and author of Mind Over Money, Dr. Klontz said, “You could be giving them the message that having a lot or little money is shameful. So maybe the kid walks away with the belief that having money must be bad, or that rich people are somehow evil or shallow.”

Experts agree it’s never too early to talk to children about money. “But the biggest mistake a parent can do is to not talk about it,” continues Dr. Klontz. Kids make their own conclusions about money based on what they see or hear. And chances are, those conclusions are not entirely correct.

Until these beliefs are challenged, children will never have the right money concept. If a family struggles financially and the parents do not care to explain to their children what’s going on, a child may either end up a miser or a spendthrift later in life.

Remember, everything you teach a child is for naught if you, the parent, doesn’t lead by example. You may teach your child about savings, but if you don’t save yourself, how would you respond when asked, “How much do you have saved?”