You are here: Home / Personal Finance / What Is Delayed Gratification?

Indeed, what is delayed gratification that we so often hear about it nowadays?

According to the Merriam-Webster Online, gratification is synonymous to contentment, pleasure, satisfaction. Simply put, then, delaying or deferring gratification is passing up short-term fulfillment for long-term benefits.

To illustrate, let’s take for example a child named Alexei who is told by his parents that if he aces his exams the following day, he will get the latest gaming console as a reward. Now at that particular moment, his favorite TV program is on air and he is yet to see the exciting part. Alexei then is lost between the now and tomorrow. 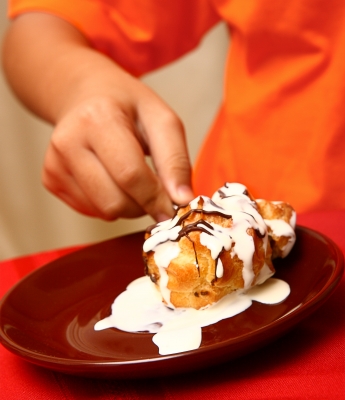 If he goes on watching the show, there’s a chance he could flunk his exams because he wouldn’t have enough time to study. What is he to do now?

Well, Alexei would have to ask himself which one he wants more.

He then decides he likes the gaming console better and turns off the TV to concentrate on his studies despite that faint scream at the back of his young mind. As it turns out, lo and behold, Alexei does well on all of his exams the following day and gets the console.

Let’s take another example. Leila woke up to a drizzling Saturday afternoon wanting a cup of steaming coffee. She gets to choose between instant and brewed. A lot of coffee lovers I know swear that brewed tastes far better than instant. And since this is an article about delayed gratification, you guessed right.

Thirty minutes later, Leila sits down with her favorite book in her favorite chair overlooking the beach with her cup of freshly brewed coffee.

Now in money terms, consider this: Two top-notch salesmen from a multinational company both get 100,000 pesos in commission.The first one goes straight to the mall to buy himself the latest cellphone, two pairs of very expensive leather shoes, some nice clothes, a 32-inch LCD TV, some top-of-the-line computer peripheral and treats his girlfriend to a fancy restaurant.

The second opts to put his money in a five-year time deposit yielding 4.5%. Now technically speaking, 4.5% isn’t much, and may not even outrun the cost of inflation. But what we’re trying to show here is the second salesman’s attitude towards his finances.

Five years later, the first salesman’s cellphone is no more, his shoes worn out and torn, his TV sold to a neighbor for a quarter of the price, his computer deader than a stone and his girlfriend somebody else’s wife.

But the second salesman, prudent and careful as he is with his earnings, just bought himself a previously owned but still decent car, and is about to make the down payment for his new house.