You are here: Home / Home and Health / Bundle of Joy: 3 Different Diapers for Your Little One 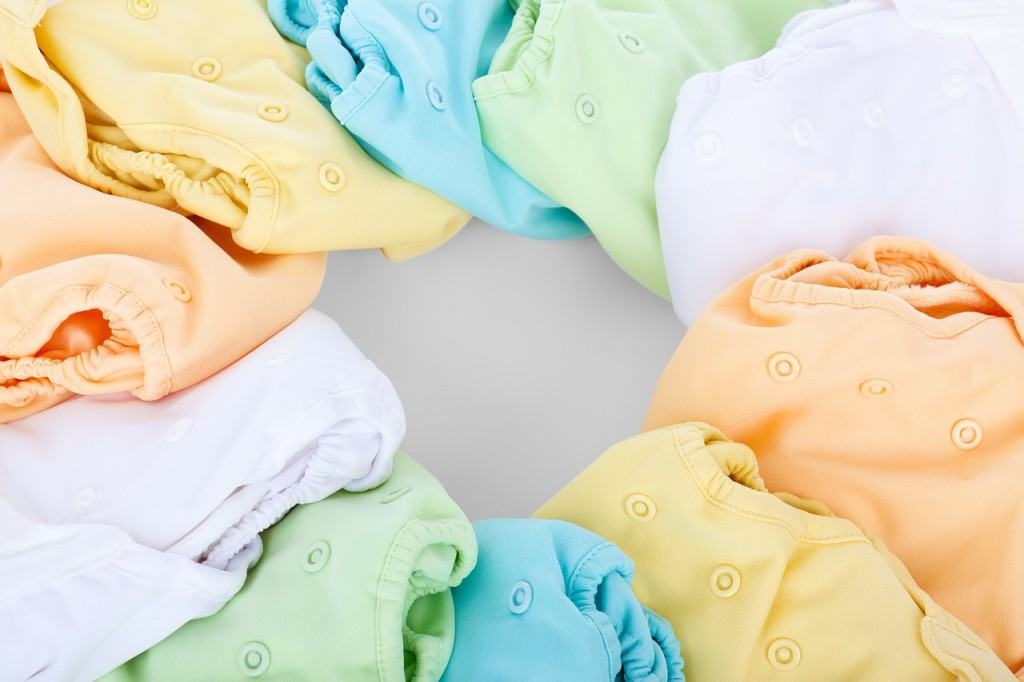 When it comes to finding the right diaper for your precious little one, having all the information you can is essential.

While it may seem like diapers are a pretty straightforward baby necessity, in reality, there are all different kinds, brands, styles – you name it, and there is likely a different type of diaper for it.

Many babies do well wearing any of the commercially available diapers. However, some of those little bums are just a bit more sensitive, so knowing your options when it comes to sensitivity is crucial.

As you begin thinking about what diapers to use with your child, keep in mind that while regular diapers are a good option for many babies, others do better in more soothing, natural fabrics, making cloth diapers or even just sensitive diapers a better choice.

When any new or expecting parent begins thinking about diapers, the thought that comes to mind is likely the traditional disposable diaper. While brands differ slightly in composition, the vast majority have the same basic diaper structure.

The outer lining of most disposable diapers is made of polyethylene film, much like plastic wrap. The core typically contains bleached wood pulp and an absorbent core, and the inner layer is typically comprised of polypropylene, a material common to thermal underwear.

In addition to these three layers, diapers often have a number of additives, such as aloe and vitamin E to make them gentler on baby’s sensitive skin.

A more sensitive and more earth-friendly option for your little one’s bum is cloth diapers. This type of diaper is now available in a number of different styles and is easier to use than ever before.

In fact, there are five major styles of cloth diapers to help parents find the best option for their babies. Prefold, fitted cloth, pocket, all-in-one, and hybrid are the major styles of diapers. An expert at Baby Steals suggests that cloth diapers are more environmentally friendly and are better for sensitive skin.

Prefolds are the most traditional, while hybrids are the most innovative of today, facilitating a more “disposable-like” diaper when necessary and more “cloth-like” as desired by changing the inner liner.

While cloth diapers may seem less convenient than disposable diapers, that simply isn’t true. In fact, cloth actually offers a number of advantages over disposable.

Most cloth diapers are made with natural fibers, so they are easier on baby’s skin. They are less absorbent than disposable. However, the absorbency typically helps little ones potty train sooner rather than later.

And cloth diapers are much more cost-effective than disposable, as you can typically purchase a stash of diapers for between $300 and $500, whereas you’ll spend upwards of $1,000 on disposable diapers.

If cloth diapers still don’t seem like a viable option for you but you have a little one with sensitivities, there are some sensitive disposable options.

There are a number of different brands that carry “sensitive” lines today. Additionally, there are companies that only offer sensitive, environmentally friendly diaper options. The diapers are typically made with natural fibers, such as cotton, and are free of many of the toxins that are found in regular disposable diapers.

There are still drawbacks with sensitive disposables, though. Many times, sensitive diapers are sold at a higher price point because the materials and processes used to manufacture them are more costly. And there is still the concern of adding diapers to landfills, although some brands have a biodegradable line.

Choosing the right diaper for your child is no simple task. Keep in mind these three different diapers, and decide what is best for you and your baby.

Rachelle Wilber is a freelance writer living in the San Diego, California area. She graduated from San Diego State University with her Bachelor's Degree in Journalism and Media Studies. She tries to find an interest in all topics and themes, which prompts her writing. When she isn't on her porch writing in the sun, you can find her shopping, at the beach, or at the gym.