You are here: Home / Social Awareness / Is Christmas Becoming Too Commercialized?

It’s a day after Christmas, not to mention five days after the doomsday prediction that never happened, and much to everyone’s elation. The kids are miles away from home, spending their Christmas week off school at their grandpa’s. And much as my online clients are on their own holiday breaks, I had all the time in the world to reflect.

Is Christmas becoming too commercialized?

This is a question that had already been addressed and re-addressed. And the answers don’t vary much.

Christmas, by and large, has become so commercialized that its true meaning had been, at most, inundated by lavish gift-giving, equally lavish banquets … I’m sure you can fill in the blanks. 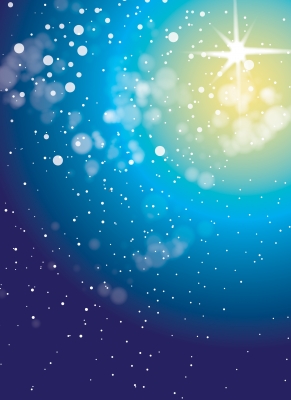 Yesterday was the day the kids had been waiting for, not so much because of the get-together but the gifts they received as a result of that get-together. Yes, they hauled in quite a steal. Well, maybe not as much as other children who are used to getting what they want on a regular basis. But because my husband and I have trained the kids to only ask for what they need and be happy with what is freely given to them, I’d say they did manage to actually become “rich” on Christmas Day.

This is no fault of theirs, of course. Then again, they have come to expect this sort of thing to happen because media and television have, unfortunately, groomed Christmas in this fashion – a season of smartphones, of iPads and other expensive toys.

Christmas – Then and Now

When I was a young girl, my family was so poor that seeing our empty dinner table on Christmas Eve had me feeling like I was the most miserable kid in town. Just so my siblings and I could join in on the holiday festivities, we were often invited to neighbors’ homes. And the fact that I couldn’t invite them back had me feeling so small and insignificant.

Yes, TV commercials showcasing children with spanking new clothes and brand-new toys on Christmas Day can have that effect on a kid without any.

My father-in-law, for a good number of Christmases now, had been lamenting over the fact that this so-called city “tradition” of complete strangers knocking at his door on Christmas Day saying, “Namamasko po!” was a sure sign that the true essence of Christmas has indeed disintegrated. An old man’s rant, you might say. I’d say the old man has a point.

According to him, when he was a boy, his parents had specifically taught him to visit and pay his respects to relatives or godparents (notice the emphasis) on Christmas Day, that if he was offered a meal, to either graciously accept or politely decline depending on the need, but to never ask for money or toys that the relatives or godparents weren’t ready to offer.

Recommended reading: How to Spend Less on Gifts This Holiday Season

Yesterday, there was this young boy of about eleven who, along with other kids who took it upon themselves to go from house to house in what they perceive to be “affluent” neighborhoods saying “Namamasko po!” at the top of their lungs, got my attention. My mother-in-law invited him in and offered him a meal of spaghetti, fried chicken and bread. The kid hastily devoured everything.

When I asked, he cordially told me that he came all the way from a neighboring town and hasn’t had breakfast yet. After eating, the kid thanked us and hastily walked away. He didn’t care to see if somebody would hand him some money. The food, it seemed, was enough for him.

In my heart of hearts, Christmas – citified and commercialized though it seems – is still a time of giving, a time of forgetting our own needs and thinking of what may be offered to those who don’t have much in life. Absent the iPads, iPhones that some kids have been wishing for as gifts for Christmas, there is always that sublime moment when we all get to remember the true meaning of Christmas – giving is joy, the same way God gave His own Son for us to experience eternity with Him.