Shortly after I got off the bus from Manila yesterday, the family was having brunch at Jollibee, courtesy of the BPI EPS transaction I made weeks prior, plus some. For more info on this promo, check out BPI’s Jollibee promo page. All in all, I saved more than 400 pesos for the family’s meal. Not bad.

While eating, my daughter asked, “Mama, is it true that the world is ending on December 21?” Much as I believed the opposite to be true, I said, “No, I don’t think so.” End of the world, in this context, I was visualizing a series of volcanic eruptions, tsunamis, earthquakes of humungous magnitude simultaneously happening in one day. 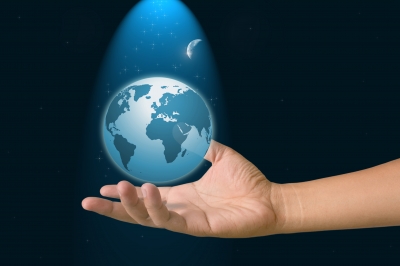 And that’s when the animated discussion started.

Apparently, the kids got to watch Marc Logan’s segment on TV Patrol regarding a YouTube video that tied Korean singer Psy’s “Gangnam Style” to the December 21, 2012 end-of-the world prediction.

This particular discussion prompted me to spend a good part of today, Sunday, watching end-of-world documentaries with the kids. They, too, watched with bated breath, and fascination. The Mayan calendar, Nostradamus, Fulcanelli, predictions from years ago, galactic alignment – all these were tackled in greater detail in this History Channel documentary.

I won’t bore you with the details. You may watch the documentary if you so please.

Scary predictions, yes, but what can be expected of anything with Nostradamus tied to it? I’m not at all downplaying the man’s brilliance. In fact, I am awed by him. All I’m saying is that his name has become synonymous to ominous predictions that eventually happened with stunning accuracy – the death of Princess Diana, the bombing of Hiroshima and Nagasaki, the French revolution, JFK’s assassination, just to name a few.

Then again, seeing how the world is now going through a series of upheavals – global warming, political changes, earthquakes, flooding – it has already become apparent even from years ago that the world as we know it today is about to come to a close. When exactly it will close is, well, anyone’s guess. The Bible says, “only the Father knows.”

Even NASA believes it’s not happening on December 21, 2012. In this video that’s intended to be released on December 22, 2012, a day after the supposed Mayan apocalypse, it explains why.

December 21, 2012 is exactly a day before my high school batch’s much-anticipated reunion, and I will most likely be already reunited with a few of my former schoolmates by then. What about you, where will you be on December 21, 2012?