You are here: Home / Home and Health / Life According to Kurt: Inheritance

The following is a story related to me by my daughter. Before we proceed though, let me tell you that my husband’s family is a typical Filipino family that lives by some sort of a “code” that says the parental house will be bequeathed to the youngest son for care-taking when the old folks pass away.

It is expected therefore that the son will live therein with his family until the house is passed on to the next generation.

For the purposes of discussion, let’s not delve too deeply into the legal aspect of this “code.” That is a topic entirely its own. 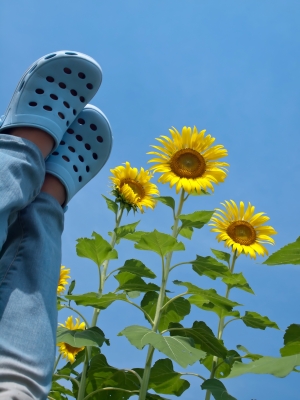 Now as it turned out, my husband is an only son and the youngest in a brood of three, so if the “code” is to be followed to the letter, he is to inherit the parental house by default. Now I tell you this matter-of-factly, expecting nothing of the “code.” But of course, whatever is freely given, we will freely receive.

This is common knowledge in our household.

Even the kids are aware of it.

As you probably have already guessed from previous posts, I have two sons. Kurt is the youngest, and he just turned six last July.

One lovely afternoon
One lovely afternoon during the summer vacation last year, which technically speaking was just a few days after we moved in to our new home, the kids, all three of them, decided to spend some time in the newly built village playground.

On their way there, my daughter, the eldest, said, “When I grow up, I want to have my own house here.”

Having selected the place from a number of other villages where we could have our house built, I was very elated to hear that they liked it. They turned to Kurt who didn’t seem to be paying any attention to the conversation. He was busy taking in his surroundings.

“What about you, Kurt?” my daughter prodded. “Don’t you want to own a house here, too?”

The inheritance?
“Oh, I don’t have to worry about that,” he said in his usual older-than-his-age manner. “Since I’m the youngest, when I’m all grown up, Mama and Papa will be giving me our house.” He was talking about our new house.

Kids as they were, my daughter and other son didn’t question that way of thinking. They simply accepted it as part of a norm they had to live by. Instead, my daughter asked, “What about me? What do you think I’ll be getting?”

Kurt didn’t have to even blink an eye. “Since you so love purple, you’ll be getting Mama’s purple cellphone.” The three had to laugh at that. He was referring to my old but magnificently reliable Nokia 6680 from five years ago.

“And me?” asked my other son when the laughter subsided.

Kurt looked at him from head to toe. “I know. You’ll get Mama’s slippers. They’re blue, just like the ones you’re wearing now.”