You are here: Home / Archives for Michael Douglas 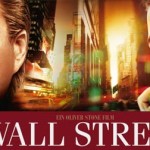 Last week, Wednesday it was, I had the chance to watch Wall Street: Money Never Sleeps on DVD starring Michael Douglas and Shia LaBeouf. I had no expectations whatsoever; I just wanted to see what it had to convey. The movie started with Gordon Gekko, played by Michael Douglas, being released from prison after eight […]