You are here: Home / Home and Health / How Deep Cleaning Your Home Can Be a Safety Precaution

According to the US Fire Administration’s (USFA) National Fire Incident Reporting System (NFIRS), in spite of reams of safety regulations, continual cleaning, and regular inspections, in a given year, about 1% of the roughly 60,000 restaurants suffer fires at an annual cost of more than $172 million in property damage. 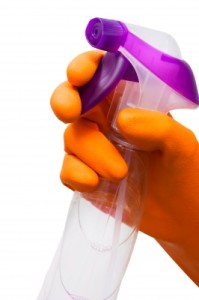 An average of 75 people sustain injuries in each fire. More surprising, the US National Fire Protection Association reports that about a third of a percent of US households have a fire each year.

That is, despite hundreds of times the traffic of a typical home restaurants are only slightly more likely to catch fire than a random house.

Granted, the typical household prepares fewer meals than the typical restaurant, but the same flammables accumulate in each kitchen.

Ironically, the lower rate of home fires means that the typical home has years longer to drift below the current electrical code.

Considering that 7% of Americans will suffer from a norovirus-caused gastroenteritis and 25% will suffer from food poisoning in an average year, a third of a percent seems almost trivial. Strike 2 against the kitchen.

Cooking byproducts, candles, paraffin, gas ranges, and pilot lights all also contribute to the fine, black soot found ghosting doorjambs, window treatments, and carpet lines. Lines of dust and soot may run the length of the joint between the wall and floor, at carpet barriers, from ceiling to floor on the walls, or in random locations throughout the home

What’s crawling around the house?

Prior to 2001, researchers focused on narrow issues like radon contamination in the home, but the anthrax scare changed all that. In the process of examining the contaminated postal buildings, researchers found a staggering array of indoor air pollutants, including mold, fungus, fecal coliform bacteria, pet hair and dander, pollen, soot, and even the occupant’s sloughed off skin cells.

The rapid advance in gene sequencing technology gradually made it possible to examine the broader home environment. In 2013, a team of researchers published the results of a study of 40,000 homes. They found colonies of bacteria growing in all sampled rooms. Two factors distinguished how much bacteria they found: frequent, deep cleaning and the presence of pets.

In the Settled Dust and Airborne Particulate Pilot Study (2008), the average six-room house in the study area around Boston, Massachusetts accumulated 40 lbs. of dust per year. About 40% of the total was outside dirt, so the upper bound on human-related dust is around 60% of the total or 24 lbs.

Bits of paper, plastics, and dropped food make up about half of the human-related dust. Dead skin cells, dust mites, and their droppings make up most of the remaining 12 pounds of annual dirt. Considering that the average adult weighs about 170 pounds and sixty percent of that is water, the average household could mould a new member every 6 years or so just from the dead stuff lying around.

Much of the jetsam of life hides in the ventilation or HVAC system. In particular, while once thought to be a feature of older homes, soot staining began showing up in newer homes back in the 1980s when energy efficiency became a priority. Those random collections of dust and soot commonly form where the air circulation drops them.

My name is Erika Remmington. I am from San Jose and am a recent UC Berkeley graduate in Linguistics and a minor in Business Management. I now live with my husband and 18-month-old daughter in Vancouver. When I am not spending time with my family, I enjoy rock climbing, writing, and reading.