Parents can teach teens a multitude of things about the dangers of distracted driving. Though learning to drive is an exciting time for many families, teenagers must recognize the dangers of driving while distracted to avoid potentially life-threatening situations. 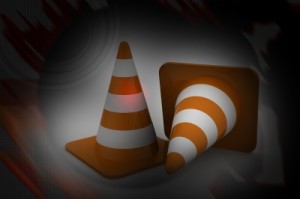 According to the NHTSA, 10% of fatal crashes for those drivers under the age of 20 were due to some sort of distraction. Texting while driving is like driving blindfolded for five seconds.

Going at a speed of 55 mph, a driver would likely cover the length of a football field in that amount of time. These statistics should prove to parents and teens the unspeakable dangers of this activity while behind the wheel.

Although using a hands-free device to talk on the phone is a better alternative than using a handheld device, it still presents multiple dangers. It doesn’t matter where teens’ hands are, so much as it matters where their heads are, and a teen on the phone is not focused on the road.

Anthony Clark Insurance Brokerage of Calgary says that laws against using all digital devices are becoming a worldwide trend because of the consequences of distracted driving.

The reasoning behind this law is simple: The more people that are in the car, the more distracted the driver will be.

Eating and drinking while driving is a dangerous activity that should be avoided if possible. Eating takes drivers’ hands off of the wheel and also could take their eyes off of the road. If it is necessary for teen drivers to eat while on the road, parents should encourage them to pull over and resume driving once finished.

Drowsy driving is a form of driver inattention that can have severe consequences. Parents should remind teenagers to stay alert while driving and take frequent breaks when going for long distances. Tired driving is a danger that can be avoided with a few simple precautions.

Rubbernecking, or staring at a crash on the side of the road, is a distraction that might be tempting for many new drivers. Although it might be tempting, teenagers should avoid this so as not to get themselves into a dangerous situation due to this type of distraction.

Finally, loud music is a type of auditory distraction that can prevent teenagers from focusing on the road ahead. Singing along or changing the radio station can be a dangerous distraction that parents should warn teens about before they begin to drive.

Driving as a teenager is exciting, but parents should spend extra time with new drivers to make sure that they understand the dangers of distracted driving.

Hannah Whittenly is a freelance writer from Sacramento, California. A mother of two, Hannah enjoys writing on blogs of all niches.