You are here: Home / Personal Finance / Time Is Your Greatest Asset

Today, the question I have been trying to contend with the moment I woke up was, what am I supposed to write about now? I have a lot of ideas floating in this brain of mine.

Problem is, how am I supposed to write them all given the limited amount of time I suddenly have at my disposal? I have errands to do that need taking care of before lunch, and others I need to accomplish before it’s time to board that bus that would take me back to the city for another week of work. 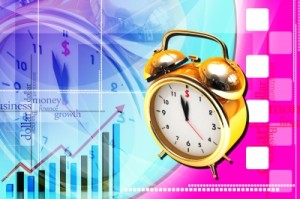 It’s been a week since I made my last blog post. What bothered me immensely was the fact I only was able to write one post last week. Okay, it’s a given that I morph into an active blogger during weekends only.

But I always made it a point to write at least two to three articles.

This blogger knows that if she wants to keep her blog up to date, her readers coming back on a regular basis, she has to write on a regular basis as well. But some things get in the way, controllable or otherwise. Come to think of it, don’t they always?

But then again, in the blogging world, content, as they say, is always king. If a blog cannot offer fresh content on a regular basis, it is doomed to die a natural death.

So what is my problem really? TIME.

And now that we have that figured out, let’s talk about time. If you remember, in my previous post entitled Wall Street: Money Never Sleeps (A Movie Review … Well, Sort Of), one of the lines I quoted was a line Gordon Gecko said:

“One thing I learned in jail is that money is not the prime asset in life. Time is.”

I most definitely agree with him. Money lost can be recovered. But time lost is time lost forever.

Money and time
Time, as we all know, applies in all of life’s respects. And if we are to talk about life in its totality, this post will not be able to cover it all. In that respect, we’ll single out time as it applies to a person’s financial life.

eLearnPortal asserts that generally speaking, the first 18 years of a person’s life are non-income-producing. Most 18 year-olds and under are still in school and dependent on parents for support. But the moment schooling is completed, the financial cycle begins in earnest.

Stage #1
The first stage, or the Early Years (until age 54), is the longest stage in the financial cycle and is mainly centered on the accumulation of wealth. This is when goals are developed, insurance is purchased, family is established, a home is procured.

Stage #2
The next stage, the Golden Years (age 55 to 64), is a shorter period of time where financial goals shift to the continued growth of the wealth that had previously been accumulated. Estate planning becomes part of this stage as well.

Stage #3
The final phase, Retirement (age 65 and older), is the phase when people no longer save, but spend. And this is why we hear a lot of people wanting to retire early, because of this idea of spending and spending. But remember, a person can only spend what he had saved and invested through the years.

I must admit I gave this particular financial truth a hard and long look later in life that I was unable to save and invest early on. The turning point had been that moment when I had the guts to look at the way I managed my money and asked myself why I was always short on cash.

If I had become financially savvy the moment I got out of school, my financial life will be better than it is today.

But all is not yet too late, and there’s no use crying over spilled milk. Although not as much as I would have wanted, I still got time, time that I intend to properly manage given that I’m not getting any younger. Sense of urgency is now the name of the game.

Indeed, Gordon Gecko is right. Time is our prime asset. The more time, the easier on the finances later on.