You are here: Home / Home and Health / This Christmas, I Wish PAGIBIG Would Send Bills On Time

While working on this post, I am sick, and I hate it. I feel feverish, but no, that won’t keep me from writing. Not yet, at least. I’ve got tonsillopharyngitis. The scratchiness in my throat started Monday afternoon, which was aggravated by the very cold temperature inside the airconditioned bus I boarded for Manila.

And then, about two hours later, I was waiting in line at the PAGIBIG branch at GMA to pay for the mortgage on our house, which was due that very same day. 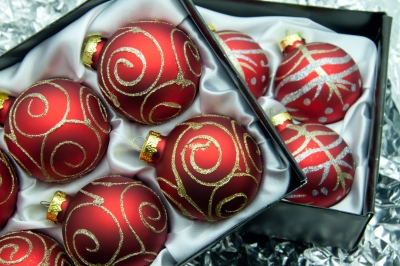 Monday as it was, there were a lot of people waiting for their numbers to be called, too. I was at the PAGIBIG premises at 3:15 p.m., and my number was called at about 6 p.m, meaning I had to endure another barrage of cold temperature for slightly less than three hours.

Hmmm, that gets me thinking. I need to get that blood test done ASAP to make sure my thyroid is still in proper working order. Not being able to endure the cold is a symptom of hypothyroidism.

Now I don’t usually wait for the due date to pay my bills. Problem was PAGIBIG failed to send me my monthly bill just before the due date … again! PAGIBIG payments are accepted at SM Business Centers, but no, SM won’t let you pay if you don’t have your statement.

So finally, when I thankfully got to the teller who definitely didn’t look as harassed as I felt, I told her about the monthly statement not being sent on time, that SM wouldn’t accept payment without the said statement, that PAGIBIG branches weren’t a dime a dozen, that it was inconvenient for somebody who works to make a living to go to the nearest PAGIBIG branch, especially if that branch is so out of the way, which unfortunately, is the only way to pay the bill if the monthly statement is nowhere to be found.

She looked sympathetic while listening to me rant, at least. After which, she told me to simply issue post-dated checks to the PAGIBIG branch that approved my loan.

Nah, easier said than done. Even if I happen to have the funds ready to open a checking account, I wouldn’t right away jump to the occasion because somebody from PAGIBIG suggested that I do so. That would prove to be more inconvenient than just taking time after shift to go out of my way and travel to the nearest PAGIBIG branch.

I recognize I am a responsible enough payer, but nobody knows what the future holds. What if for some reason, I get strapped for cash, and miss my payment? The fees I will be slapped for a bounced check won’t be in any way darn worth it.

Besides, most checking accounts don’t earn interests. How much is required to open a checking account nowadays? 10,000 pesos? 15,000? Unfortunately, that would mean money doing nothing for me.

So yes, I would have to pass on the post-dated check thing. On second thought, maybe I’ll ask around and think about it.

Meantime, the mailman who usually delivers the PAGIBIG statement to my door will be most promptly informed the moment I see him again. And I sure would give the responsible PAGIBIG branch a call and remind them of their obligation to send out monthly statements on time.

You know what? I just realized something here.

I originally intended for this post to be about tonsillopharyngitis, but ended up with a totally different one. Too late to delete everything now, I guess.

So, yes, if I still have the energy for it today, upcoming post will be about tonsillopharyngitis, otherwise known as the sore throat.