You are here: Home / Archives for James Soriano 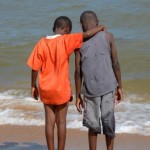 The first time I heard of James Soriano was in August, the same month as Linggo ng Wika. People, left and right, were talking about him. At one point, he became one of those water-dispenser topics in the office. In my Facebook network of friends, his name would crop up every now and then. As […]