Going to college means that the next few years will be the happiest so far, but just like any part of your life, it means that you will have to face dangers and overcome certain hindrances in order to move forward. 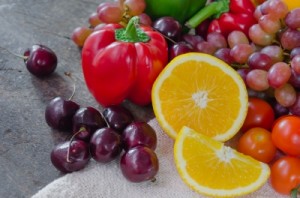 Moreover, you will feel that the world is yours and that you can take on anything. However, it will soon change as you will have to make decisions that could have catastrophic consequences.

Even though freshmen are practically adults, their brains are still developing, which means that you will be making bad decisions from time to time, especially when it comes to health-related issues.

Most freshmen feel that they can handle no matter what the world throws at them, but they rarely see the dangers their decisions can cause.

Because freshmen feel the breeze of freedom as soon as they move to college, they soon forget that they need to take care of themselves. Soon enough, they start living on junk food and energy drinks, without any regular exercise.

It is important that freshmen learn to cook regular meals, or to at least eat healthily at their college mess hall. An unhealthy lifestyle does not only mean that they will have poor nutrition, but in the long run, it can develop many serious illnesses which might require surgical intervention in the end.

Developing habits is important even when you get older, especially if you need to form an eating habit. Your body needs proper nutrition amounts, and you need to exercise in order not to become overweight. Exercise is also important to properly develop your body so that all parts of your body will be healthy and functional at its peak.

Avoid too much drinking

There are many freshmen traditions, which include large quantities of alcohol to be consumed, and it would not be bad in itself if there were no consequences to deal with after a heavy night of drinking. Just because you can does not mean that you should drink excessively now that you have become a freshman.

Remember to be responsible when drinking as it can lead to serious injuries, and sometimes, to even fatal outcomes. If you are going to drink, never sit behind the wheel as you are putting yourself in danger, as well as others. Drinking among freshmen is a phenomenon which fluctuates, but it is on the rise once again.

The fear of drug use and getting caught with drugs has developed an even bigger problem: abusing legally prescribed drugs. The most common drugs to be abused at college campuses are the ones which are meant to enhance performances, mostly because they are easy to get and they can induce a carefree state easily.

The first sign to notice freshmen abusing drugs at campus are dry eyes, and more often than not, performance-enhancing drugs are dangerous to health if consumed regularly and in large quantities. Furthermore, in some states, these drugs can be counted as drug possession, and you might end up in jail.

The biggest influence on freshmen health is the stress levels that have to be endured, which is even more intense when exam periods come around. Combined with poor dieting and with little exercise, stress can cause major health issues, which, if not dealt with in a timely manner, can develop illnesses that could end badly.

Stress also weakens the body, making other possible illnesses more likely to happen. For example, the intensive use of computers can cause dry eyes. Also, stressing over exams and not sleeping can do damage to the health and body.

Unfortunately, in most cases, stress and stress-related issues can lead to anxiety and severe cases of depression. As soon as you see someone seem down all the time, make sure to help them.

Even though college is an experience to be remembered for life, it must not be forgotten that during this time, we do some growing up as well. In order to avoid learning the hard way and making the same mistakes others made, it is better to listen to advice coming even from seniors who have gone through the same experience.

Remember that asking for help is the first step in admitting that there is a problem present, even if everything is peachy and all looks well.