You are here: Home / Home and Health / Could Birth Control Pills Cause Glaucoma?

Three different groups of researchers conducted studies to provide evidence that there is a significant link between prolonged use of birth control and the development of glaucoma later in life. 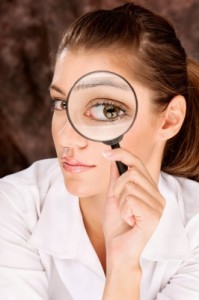 Prior to the release of this research, there was a conclusion that low estrogen levels also provided a link to women that develop the eye condition.

Females that do not take birth control experience regular fluctuations in estrogen that is thought to make them less likely to end up with glaucoma.

Women with existing risk factors for getting glaucoma must be made aware of the problems oral contraceptives can cause before choosing to take the risk.

Unfortunately, this study was made public in November 2013, leaving a significant window for at-risk patients to have already been exposed to birth control for an extended number of years.

Women who are at risk include those with a family history, African Americans, Hispanics, Asians, steroid users, hypertension, and eye injury.

The condition of glaucoma

Development of glaucoma is more likely after the age of 40, which is why it is recommended to have an eye exam at least every two years. It is caused by an increase of fluid production along with decreased drainage that causes injury to retinal fibers and the optic nerve.

Undiagnosed conditions can quickly lead to blindness if pressure is not relieved from the eye.

The link between taking oral contraceptives and developing glaucoma

Over 3,000 women over the age of 40 were examined after taking birth control for at least three years at a time. The females that did take birth control for consecutive years were given eye exams that concluded twice the likelihood of getting glaucoma than those that did not.

A researcher from Duke University stated that there is no certainty of birth control pills causing glaucoma directly, but women that have taken it for at least 3 years are urged to have a full eye examination.

Although there is no concrete link that draws a straight line between birth control pills and glaucoma, it is worth considering that signs point to it being more than just a coincidence. Protection from unwanted pregnancy comes in many options safer than altering hormone levels.

A gynecologist may not acknowledge the connection to warn patients against the potential issues that can develop later in any woman’s life.

Karleia is a freelance blogger. Away from the office, she enjoys spending time with her daughters and families.