You are here: Home / Career / Should I Quit My Job or Stay?

We’re almost halfway through 2013, no longer the start of the year. But the desire to start over, for some, is still new as the start of every year. Maybe it’s a new haircut or a new paint job on your car.  Or maybe you want to set your sights higher and aim for a new and better job.

If you’ve had that nagging feeling that it’s time to quit your job but aren’t quite sure that you should because of various considerations (read: how will I survive the next few months?), read on.

Quit when the reasons are reasonable

I once had an officemate who quit her job after getting pissed off by a particularly irritating colleague. After a few days, she was regretting her decision and was thinking of different ways to get her job back. 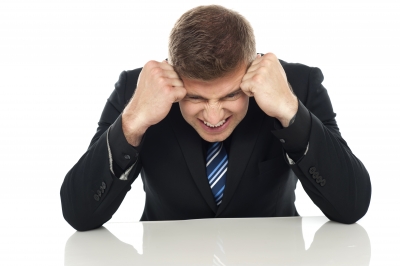 Moral of the story: It’s not enough to base your decision solely on feelings.

You’re irritated by constant calls to your RingCentral business phone or by the barrage of emails every morning, but are these reason enough to throw in the towel? Feelings come and go, depending on your circumstances.

I’m not saying that you should set your feelings aside, but you should also think more rationally before making any sudden move. You’re not deciding between a blue or pink shirt, or something more trivial like what to eat for dinner.

This is your source of income on the line we are talking about. This is why you should know why you want to hand in your resignation papers.

Quit when you know you can stick to your decision

How do you know if it’s time to quit?

When not even a 10-wheeler truck coming at you at high speed can weaken your resolve to take the road towards resignation.

One of my friends wanted to quit his job on one condition: if his friends at work quit first.  I advised him not to quit.  Yes, it’s important that you get along with your colleagues at work and that the working atmosphere is conducive.

But are you all going to go to the same company when you quit? Are you working only because of your colleagues?

These questions, however, are not the only bases for my advice.  His reason for quitting spoke volumes about his resoluteness to quit. There was no decisiveness, no “I’m going to do this no matter what” attitude.

There was no burning desire to go out there and rule the world. If you’re not leaving for a purpose that gets your blood pumping and replenishes you with new life, then why quit at all?

Take note that you have to balance this point with your reasonable reasons for considering quitting. You also have to prepare yourself and your family for the changes.

When you’ve weighed the pros and cons and are ready for the next big thing in your life, what’s left is to muster up some courage and quit. You won’t know what’s out there if you’re stuck someplace else.

Henry Conrad is a 29-year-old game developer from Albuquerque, New Mexico. Aside from gaming and being a tech junky, he also dabbles in creative writing, which allows him to create great storylines and backgrounds for his characters. Follow him on Twitter and join him in Google+.