For the record, let me say that the switch is something I’m considering but haven’t decided on yet. GoDaddy, as declared by some bloggers in the communities I’m a part of, is a strong supporter of SOPA, or the Stop Online Piracy Act. 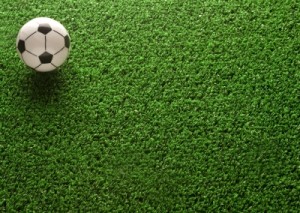 Of late, however, I’ve been hearing reports that GoDaddy had withdrawn its support of SOPA, making GoDaddy’s true stance on the issue an ambiguity to me.

Now this is me not knowing what others already know about SOPA or where GoDaddy’s true loyalties rest. I know I should have taken the time to learn more about all these the moment they became trending topics, but sometimes, procrastination becomes me, something I am not always happy about.

In addition, I have a new blog under construction, and as of this writing, I am of the belief that the blog is ripe for launching, hence, the need for a domain name.

On a related note, my blogger mentor advised me to read more about SOPA as it has the power to potentially affect bloggers, publishers, social networking site users, the whole netizenship as a whole the moment it is passed into law.

That was a fair recommendation, given that, aside from what I had been hearing so far, I had virtually zero knowledge about SOPA.

So read I did. Contrary to my previous posts, I’m not going to provide bullet points about SOPA because the technicalities of the proposal are too complex for a non-tech blogger like me to discuss with confidence.

But all in all, it would seem that the cornerstone on which SOPA is founded is decent enough – to stop online piracy (that’s pretty obvious, isn’t it?) and copyright infringement. Problem is the implementation seems too aggressive that it could potentially kill e-commerce, innovation, freedom of speech, the Internet per se.

Unless the proposal is drafted from scratch, anti-SOPA activists, as I understand it, shall never rest their case.

Bottom line, the moment SOPA is enacted into law, a lot of sites Internet users now enjoy might be compelled to shut down.

As for GoDaddy, CNET reports that, indeed, GoDaddy has withdrawn its previous support of SOPA, but not soon enough to stop the boycott and massive domain transfers that, in my opinion, fueled the company to reverse its decision.

In conclusion, the circulating reports are all true then. That being said, there’s a good chance I just might stick with GoDaddy. Then again, I’m not closing my doors on other domain registrars, so I guess, that’s me crossing the bridge when I see it.